CarboTech protectable adaptive equipment for supporting a person’s head at various angular positions when they are about to fall. The carbotech is a collar that could be worn around the neck while walking or traveling. The airbag is shaped like a hood, surrounding and protecting the client’s head. The trigger mechanism is controlled by sensors which pick up the abnormal movements of a client when he or she is about to fall. 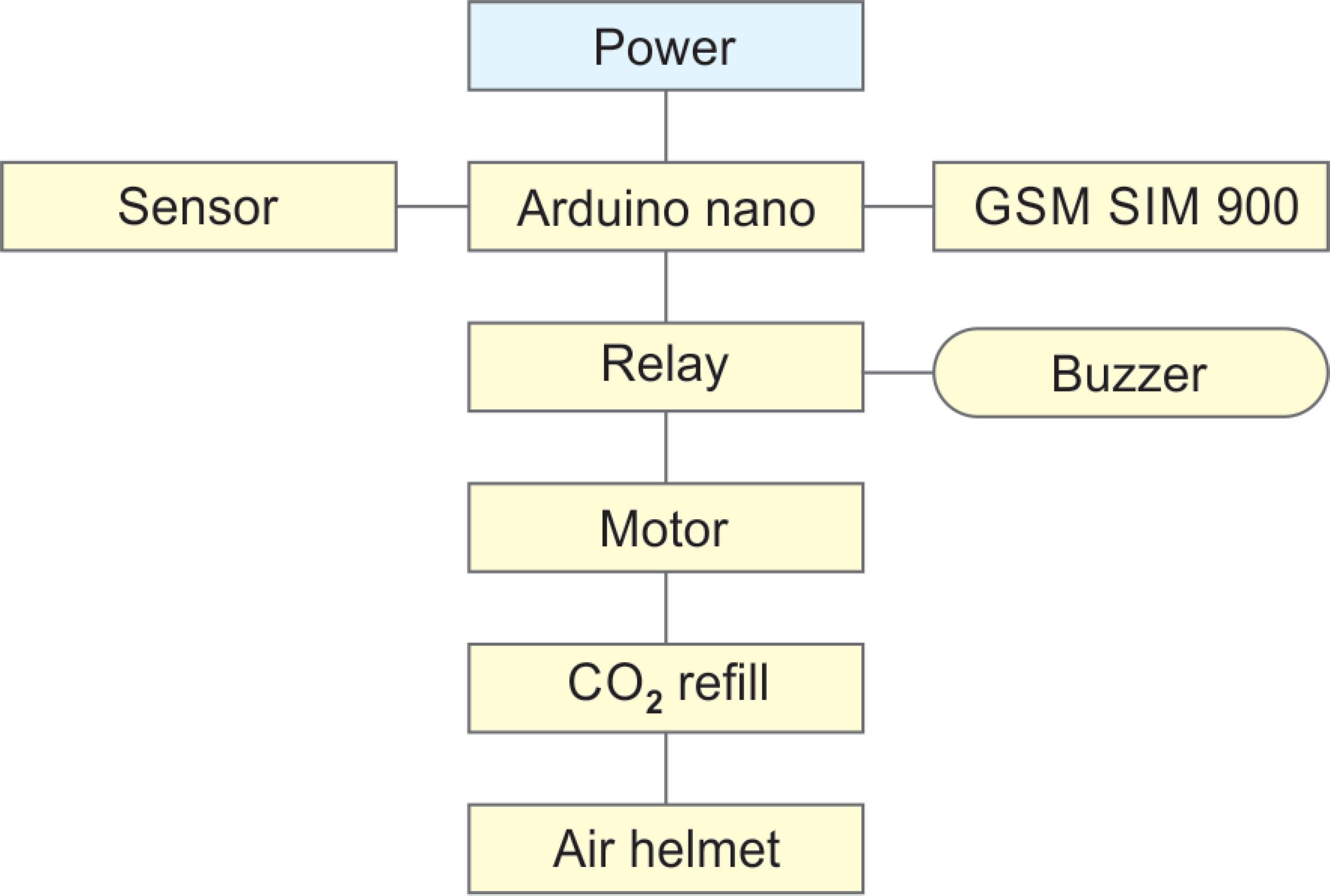 DESCRIPTION OF THE PRESENT INVENTION

The present invention is CarboTech protectable adaptive equipment for falls among elderly clients and peoples with improper gait. The device has an inflatable airbag which is made up of synthetic rexine bag which is attached and folded with collar that is invisible. The collar is worn around the neck. When power is on, it monitors the client movement. When they tend to fall, the four-way mercury sensors get activated based on the position they fall, and the ultrasonic buzzer produces a sharp sound which gives a notification that they are in trouble. At the same time, the GSM network sends an encoded message to the caretaker. Whereas the GPS tracks the location of the client and it provides the information of the latitude and longitude of the location.

The airbag inflates and surrounds the head in case of falls. The illustration shows the airbag coverage area around the head. The way the hood is designed and folded into the collar ensures that it will inflate quickly and safely. It protects nearly all of the head while leaving the field of vision open. The airbag provides soft and effective absorption and maintains constant pressure for several seconds, enabling to withstand several impacts to the head in case of fall. After that the airbag slowly starts to deflate.

The airbag is deployed by sensors i.e., four-way mercury sensors that pick up a client’s abnormal movements in the event of a fall. The sensors then send a signal to the control knob of tire valve adaptor to inflate the airbag. When the carbotech is switched on, the sensors are constantly monitoring the wearer’s movement.

The collar with the shell is a visible part of the carbotech, which encloses the whole airbag system? All the components are located inside the collar for optimum ergonomics and performance. The instant it is triggered, the pressure from the airbag splits open the ziplock, and the hood inflates around head.

To wear the CarboTech protectable adaptive equipment around the neck and pull the zip at the front up under the chin. Zip needs to be completely closed for carbotech to work correctly. Carbotech on/off button is on the zip tag (Fig. 1).

Carbotech is switched on and off using the zip at the front of the collar. There is an on/off switch on the zip tag.

MANUFACTURING OR PROCESS OF THE PRESENT INVENTION

ADVANTAGES OF THE PRESENT INVENTION